JupyterLab is one of the two available editors in Data Studio, where the actual code editing and execution takes place. This document provides a brief description of the JupyterLab environment and its commonly used commands.

When you open JupyterLab, you see the Launcher screen that allows you to select one of the available options: 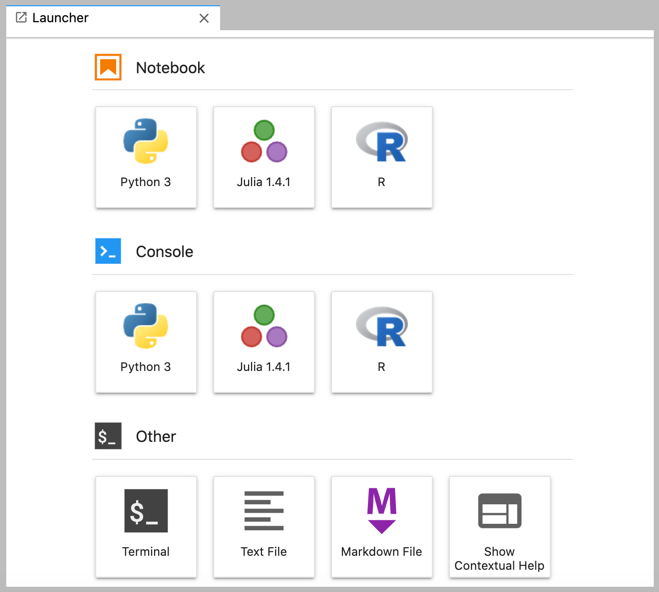 The editor screen showing a notebook and a terminal console open at the same time will look like this:

The main elements of the JupyterLab editor are:

For more details about the visual interface, see the official JupyterLab documentation.

Besides execution of Python, R or Julia code, you can also run the following types of commands directly in your notebook:

This line of code will assign the list of files returned by the ls command to the myfiles variable.

Find out more about functionalities related to text commands.